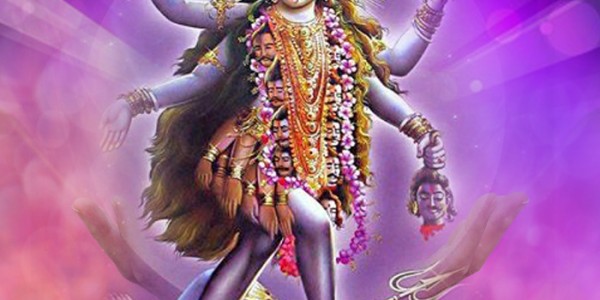 Dus Maha Vidya puja is conducted for pleasing and worshipping the Wisdom Goddesses. The powerful blessings of these ten goddesses channelize the whole range of feminine divinity in you that lets you be knowledgeable. The word Maha means great and Vidya means Knowledge, and in combined form, it is a spiritual way of worshipping Goddesses of great knowledge. The Ten Goddesses of Dus Maha Vidya are: Kali (The Eternal Night): Kali is considered as the first amongst all the ten goddesses, and she is understood as Ratri, which means giver of peace, happiness and bliss. Shodashi (Goddess who is sixteen years old): Meaning of Shodashi is sixteen in Sanskrit, and she is responsible for making life beautiful, perfect and complete. Tara (Compassionate Goddess): Tara is understood as the star of our aspiration and she guides us towards the creative path. Bhuvaneshvari (Creator of the World): Attractive beauty of Bhuvaneshvari is considered as the affirmation of rhythms of creation, affirmation of physical world, maintenance and destruction. Chinnamasta (Goddess who cuts off her own head): Goddess Chinnamasta represents amalgamation of creation, death, destruction, regeneration, sex and all other different phases of human life. Bhairavi (Goddess of Decay): The goddess Bhairavi embodies the principle of destruction and she arises when the body declines. Destruction is not always considered as negative as it is base of creation because creation cannot be continued without destruction. Dhumawati (Goddess who widows Herself): Goddess Dhumawati is considered as the embodiment of unsatisfied desires and she makes herself one by swallowing lord Shiva, which is understood as an act of self-assertion. Matangi (Goddess who Loves Pollution): For worshipping goddess Matangi, worshipers should offer her leftover food, which means worshipper should be in state of pollution. This is a way of removing all polluted factors of human lives. Bagalamukhi (Goddess who seizes the Tongue): Goddess Bagalamukhi is revered for pulling of the demon’s tongue, which is a symbol of removing perpetrator of evils. Bible also mentions tongue as the organ of mischief, and goddess Bagalamukhi removes that negativity from humans. Kamala (Last but Not the Least): This is the another name of Goddess lakshmi who is known as goddess of prosperity, wealth, crops, fertility, and good luck. Significance of Dush Maha Vidya is associated with effective removal of all types of miseries from one’s life, and our Pundits in America conduct Dus Maha Vidya Puja with absolute Vedic accuracy. It is one of the most powerful ways of channelizing fulfillment, prosperity, wealth, positivity and bliss in one’s life.

Pujayagya is your One Stop Halt for all Vedic Puja & Astrological Requirements as our Vedic Experts incorporate expertise in all the Pujas explained in Great Indian Vedic Scriptures.

Chicago all over Midwest Area

Pujayagya is your One Stop Halt for all Vedic Puja & Astrological Requirements as our Vedic Experts incorporate expertise in all the Pujas explained in Great Indian Vedic Scriptures. We provide customized Puja Packages as per convenience of individuals who wish to get benefits of spiritual Pujas for channelizing positivity in their lives.

Get in touch with us now